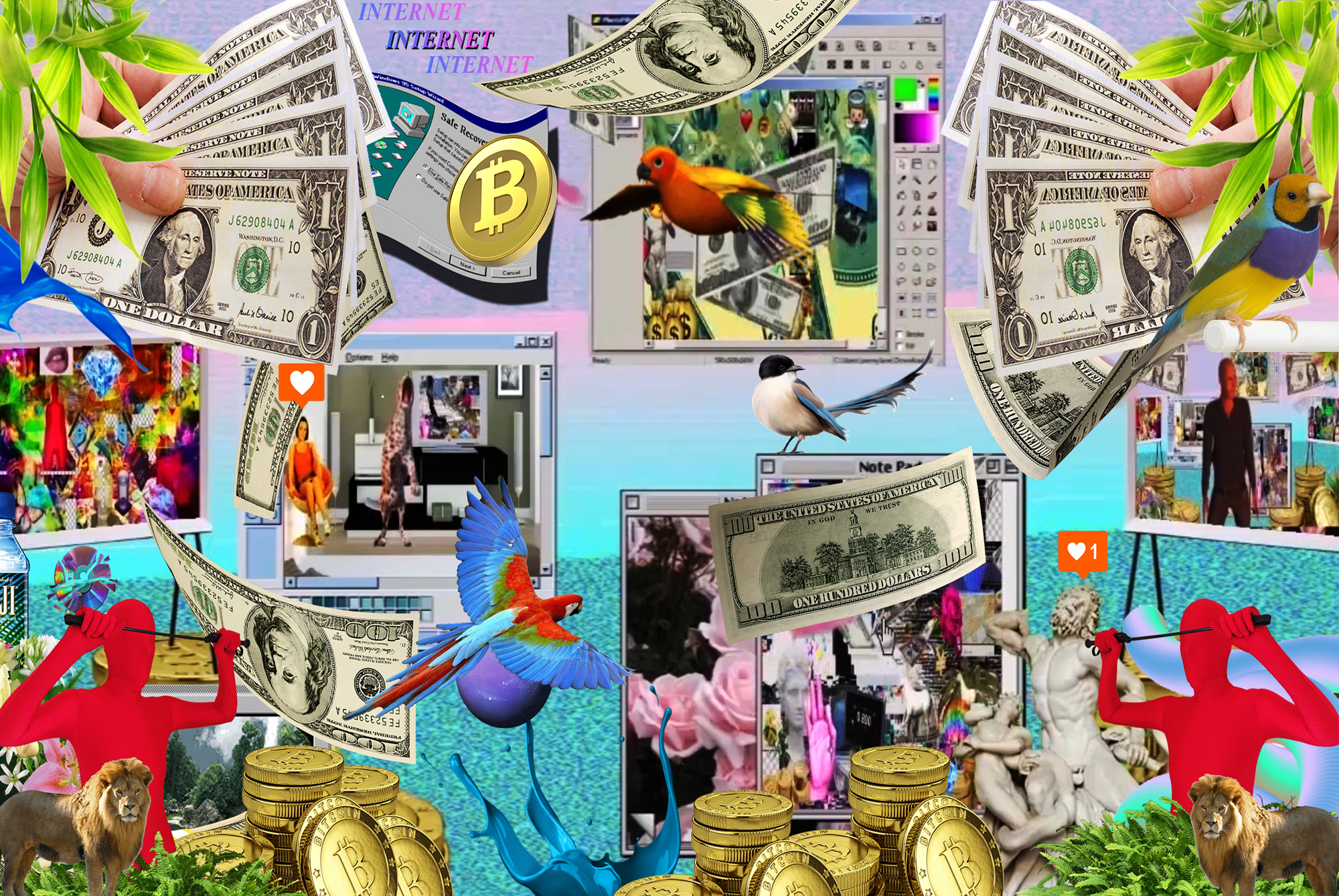 Artist of the multimedia and the networks, Michaël Borras A.K.A Systaime is the founder of the movement French Trash Touch, he is an important actor of the international alternative artistic network, the digital art and the art in network. Michaël Borras works on numerous international artistic events as producer, organizer, speaker, art curator . In 2011, he is the inspirator and the founder of the Spamm, the Museum of the Super Modern Arts.

Since 2012, he is also columnist for the tv show L’Oeil de Links broadcasted on Chaine Canal +. In Mars 2013, he organizes with Ellectra Radikal the exhibition « Spamm Cupcake » in New York at invitation of Marc Brown. In July, 2013, He realizes the clip « Sexodrome » for Asia Argento and creates the visuals for the show « Total Entropy » in Silencio the David Lynch’s exclusive club in Paris. In the end of July, 2013, He organizes with Miyö Van Stenis and Helena Acosta, the exhibition « Spamm Dulce » in the museum of contemporary art of Caracas in Venezuela. In June 2014, he partnered with Nicolas Kantorowicz (Sporto Kantes, Ex Wampas) to create: Systaime X Kantes. With Dj Kantes (Nicolas Kantorowizc), they are invited by the French Institute for a tour in Indonesia and Thailand, they realize audio / video lives in the cities of Yogyakarta, Surabaya, Bandung, Bali and Bangkok. In July 2014, he organized the Festival « Digital Vision ». In September 2014, he organized with Helena Acosta and Alan Schaffer the exhibition « Spamm Webtics » in New York.

In March 2015 he produced the interactive video « Baba » for The Band ODEZENNE, in April he organizes with Helena Accosta « Spamm Of Virtualism » exhibition at Babycastles Gallery in New York, the EKLUZ gallery in Paris and the Electromuseum in Moscow simultaneously. In July 2015, Systaime remixed Eurocks, performing an in situ performance and networks during the festival « the Eurockéennes » in collaboration with the Espace Multimedia Gantner. In April 2016 he was invited by the School of the Art Institute of Chicago to present his work at a conference and an audio / video live . In May 2016 he is a part of Athens Digital Arts Festivall, he also presents his solo show at the gallery Jed Voras in Paris.

In May 2016 he also took part in the Athens Digital Arts Festival in Greece. In June, he participated to the auction MAT ( Movement Art Technology) organized by Franck Ancel, an expert on modern and contemporary art. In September 2016 he is a part of the collective exhibition « Ways of Something , Dreamlands » at the Whitney Museum of American Art in New York, he also took a part of the exhibition « A Coincidences # 4 Day » in the Platform Gallery in Paris. In October he participated to Variation Media Art Fair 2016 at the « Cité Internationale des Arts » in Paris.

In 2017, he participated to « WRO Media Art biennale » at Wroclaw (Poland). In May 2017, he is organizing the Spamm Power exhibition, which will be presented online and in physics in different countries. At the end of 2017, he is invited in residence by The School in Hasselt in Belgium, he also presents two Solo Shows in Arles during the Databit Me Festival and in Lisbon at the Zaratan Gallery.